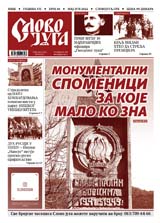 There was a great danger for the Christian world in 1451, when Muhammad II came to power. The new sultan wanted to put under his rule all the countries south of the Danube.

Delta International Recruitment Agency has already set its name in the list of best recruitment agencies in Pakistan. Performing with new tactics and ideas, the delta is giving its best to the job market. Undoubtedly, the delta is providing the best services to its clients. In the delta, we have human resources from managers and accountants to supervisors and technicians along with skilled to unskilled manpower, we will provide you with professionals for all sectors.

Delta’s international roots in Management Consultancy that enables us to bring a unique approach to recruitment services. Delta recruits across various industries for international clients. We are linked with potential recruitment agencies and corporate companies for a long time for Head Hunting and Mega recruitment campaigns. We have a dedicated team that essentially focuses on sourcing qualified manpower, verifying them, processing, and documentation.

Delta International Recruitment Agency aims to achieve every single project on time up to the utmost satisfaction of our clients. We recognize the value of on-time availability of manpower at the projects. Our tactics are a natural outcome of persistent and tireless work throughout years of experience with major companies as we do our best to assure that the right person will be selected for the right job.

In the final battles during the siege, the last Byzantine emperor, Constantine XI Palaeologus Dragash , son of Manoel II (1391-1425) and the Serbian princess Jelena Dragash, whose surname Dragash adopted, also lost his life .

Immediately after entering the city, the Sultan turned the Christian church of Hagia Sophia (St. Sophia) into a mosque, and declared Constantinople his new capital.

This event resonated in Europe: “ In the West, everyone now felt that the danger from Turkey for the whole of Europe was very great, and that the collapse of the countries in the Balkans was only a matter of time, “ wrote Stanoje Stanojevic, Serbian historian and member of the Serbian Royal Academy.

Immediately after the conquest of Constantinople and the complete fall of the Byzantine Empire, Sultan Mehmed II demanded that the despot Djuradj Brankovic pay him a tax, which the Serbian despot refused. The following year, Sultan Mehmed II set out to conquer Serbia, which was the first on the path of the Turkish conqueror in the Balkans.

From April to the end of October 1454, the city of Nis was the scene of great battles with the Turks, but also of great destruction and devastation.

However, by the end of 1459, with the fall of Smederevo, the whole of Serbia was under Ottoman rule. The centuries-long enslavement of the Serbian people under the Turks began.

After almost five hundred years since then, the city of Nis was finally liberated in 1878. This 2018 marks the 140th anniversary of the liberation of Nis and the southern parts of Serbia from the Turks . 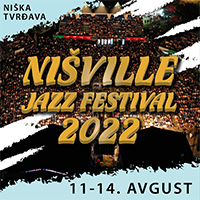